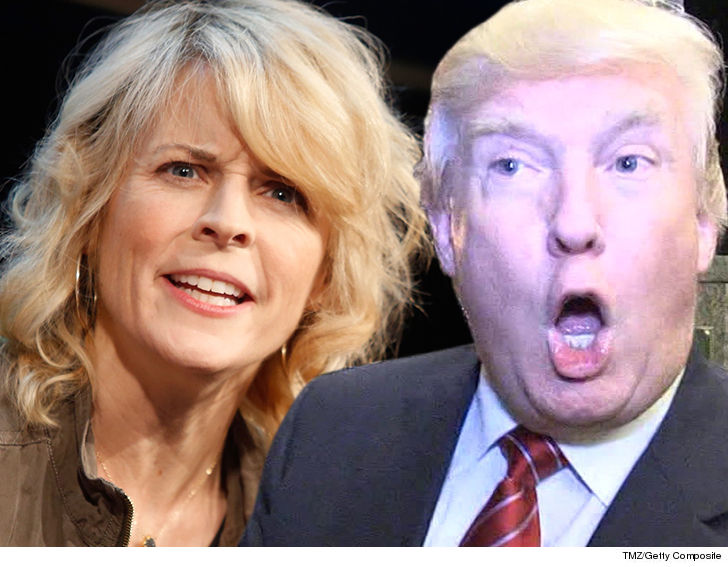 Maria Bamford fears nuclear annihilation and wants a judge to reign in Donald Trump before it’s too late.

The comedian has filed legal docs asking a judge for a restraining order, claiming his incendiary comments about North Korea, Russia and the nuclear arms race poses such a danger it has caused her anxiety and depression.

She specifically cites Trump’s famous comment, “I too have a nuclear button and my button works.”  She also references Trump’s perceived threat to Hillary Clinton when he talked about gun activists knowing how to deal with her.

She’s not asking the judge to muzzle Trump … she just wants him to stay 1,000 yards clear of her.

Obviously the distance between Bamford and Trump will not deter a confrontation with Putin or Kim Jong-un. Maria’s apparently taking advantage of the political climate to promote her upcoming comedy tour, which fires up Tuesday.

Bamford is a pretty huge stand-up comic — she’s appeared on everything from ‘Stephen Colbert’ to ‘Conan’ and “Jimmy Kimmel Live.”

She’s also appeared in a ton of shows including “Arrested Development” and “Maron.”